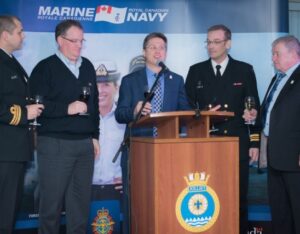 The year in review

2016 could not have got off to a better start with the Superior Court of Quebec approving, on February 1, the Port of Sept-Îles’s transaction to acquire part of the land owned by the Wabush mining company as part of proceedings initiated by Wabush under the Companies’ Creditors Arrangement Act (C-36). The acquisition of this vast tract of land (407 hectares) allowed the Port to increase the space available for development near its three port facilities—the Pointe-Noire dock, the Relance dock, and the new multi-user dock.

In the same vein, the Quebec government, along with Société ferroviaire et portuaire de Pointe-Noire (SFPPN), became a new Port user and partner by acquiring all of the mining company’s other assets covered by the sale procedure under the same law. As a result, in December the Port and SFPPN signed important, strategic long-term commercial agreements to develop the full potential of Pointe-Noire now and into the future.

Another highlight of the year was the resumption of shipping from the Pointe-Noire dock in the fall with the loading of three iron ore vessels, two for SFPPN and one for Tata Steel Minerals Canada. These shipments marked the beginning of a new era for Pointe-Noire.

With the difficult conditions that arose in the iron market in 2016, the Port of Sept-Îles had to deal with lower revenue and take every step to limit its operating and investment costs, as well as its community assistance program.

“With the year ending with the signing of agreements with SFPPN and iron’s price recovery in the last weeks of 2016, we can view next year much more positively and with more excitement than the previous year,” said Port of Sept-Îles president and chief executive officer Pierre D. Gagnon. “With these new, more favorable conditions, the Port intends to work closely with its partners—Développement économique Sept-Îles, the Chamber of Commerce, and Société ferroviaire et portuaire de Pointe-Noire—to back all future economic diversification initiatives the region needs.”