Sept-Îles, June 16, 2016 – Today the City of Sept-Îles and the Port of Sept-Îles announced work would start on Phase III of the Environmental Observatory for the Bay of Sept-Îles. This major study is being conducted by INREST research institute for northern environment and occupational health.

INREST will study various topics in this third phase, including:

Work on Phase III will take place over two years during the spring, summer, and fall of 2016 and 2017, ending with a report to be published in 2018.

This third phase of research will cost an estimated $650,000. One-third of the project will be funded through a major partnership with Société du Plan Nord. Aluminerie Alouette, the Iron Ore Company of Canada, Mine Arnaud, New Millennium Iron, and Tata Steel Minerals Canada are contributing another third. The Port of Sept-Îles and the City of Sept-Îles will cover the final third of the cost.

The Port and the City of Sept-Îles are pleased and proud to bring Société du Plan Nord and major Sept-Îles companies on board for this unique forward-looking project. “Thanks to their contributions, we can continue with this very important step for the region. This broad partnership is very beneficial and enriches the process,” agreed Sept-Îles mayor Réjean Porlier and Port of Sept-Îles president and CEO Pierre Gagnon.

About the Environmental Observatory for the Bay of Sept-Îles

Launched in 2013, the Environmental Observatory for the Bay of Sept-Îles is an innovative method for characterizing the bay ecosystem and testifies to the determination of the partners involved to work together on environmental and sustainable development issues. The initiative aims to provide an overall picture of the bay and develop a monitoring tool for the future. 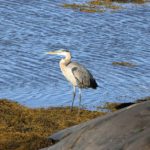 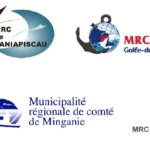