Pointe-Aux-Basques: A Commemorative Beer With a Charitable Touch 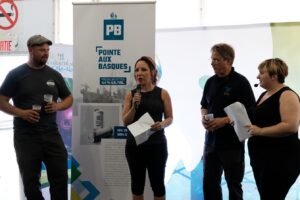 Sept-Îles August 12, 2019 – The Port of Sept-Îles and Microbrasserie La Compagnie were proud to unveil their brand new beer at Mgr-Blanche wharf during XXL Day on Saturday. The beer is the result of a joint initiative to mark the local port authority’s 20th anniversary and will be marketed under the name “POINTE AUX BASQUES.”

A beer with a cause

POINTE AUX BASQUES is more than an aaaah-inducing thirst quencher, it’s also a brew with a cause: for each POINTE AUX BASQUES beer sold, the Port of Sept-Îles and Microbrasserie La Compagnie will make a donation to a Sept-Îles community organization. The first beneficiary of this partnership is L’ENVOL-Maison de la famille.

POINTE AUX BASQUES boasts citrus and apricot aromas with a slightly grassy touch. Port of Sept-Îles and Microbrasserie La Compagnie teamed up to create this ultra-refreshing beer, which is named after the port terminal built in the early 1950s to help develop the city, and that still serves as a gateway to the Sept-Îles area and the city’s hinterland.

As well as offering POINTE AUX BASQUES at its microbrassery, La Compagnie plans to release the beer in cans. This exciting and original project marks another big step forward for the aspiring young brewery.

The partners have high hopes for this product, which promises to bring benefits to both them and the community. They encourage people to get behind the brand and the cause—in moderation of course!

About the Port de Sept-Îles

Boasting diverse, state-of-the-art facilities, the Port of Sept-Îles is one of North America’s largest ore-handling ports, with a projected volume of more than 35 million tonnes for 2019. The port facilities at Sept-Îles play a vital and strategic role in the economy of Eastern Canada. Annual economic impacts are estimated at nearly $1 billion and almost 4,000 direct and indirect jobs.

Microbrasserie La Compagnie is a craft brewery that makes and sells beer inspired by Sept-Îles’ industrial roots. The company opened its doors at 15 rue Père-Divet in December, 2018, and sells its beers in a pub adjacent to the brewery. The pub offers a simple and original menu full of local flavor to complete the microbrewery experience. It has become a must-visit attraction in the region. 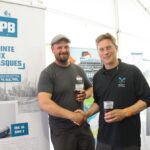 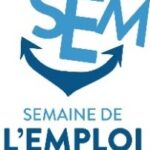