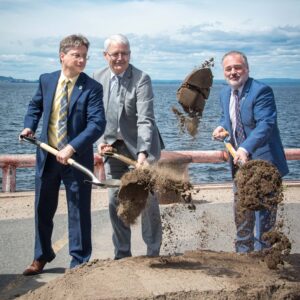 SEPT-ÎLES, June 19, 2019 – The Port of Sept-Îles is very pleased with the announcements made today confirming that two levels of government will participate in equal measure to modernize the Pointe-aux-Basques Terminal, for a total investment of more than $13.3 million, or two-thirds of the estimated total cost of $20 million.

The Honourable Marc Garneau, Minister of Transport, and Jonatan Julien, Minister of Energy and Natural Resources and Minister Responsible for the Côte-Nord Region, announced the funding at a ground-breaking ceremony.

The Port of Sept-Îles will receive $6.7 million through the federal government’s National Trade Corridors Fund (NTCF) and $6.7 million through Ministère des Transports du Québec’s program to support investments in maritime transport infrastructure, Programme de soutien aux investissements dans les infrastructures de transport maritime (PSIITM). The project to restore and modernize the Pointe-aux-Basques Terminal is expected to cost $20 million. The Port of Sept-Îles will supply the balance, equal to a third of the total cost.

Built in 1950, the Pointe-aux-Basques Terminal has always been intermodal, serving as the port of entry for goods being shipped north and the main terminal for people and goods moving to and from the isolated villages of the Basse-Côte-Nord.

The modernization will bring the Pointe-aux-Basques Terminal up to standard and make improvements that will allow it to better meet the current demand for short sea shipping, which is rising on the promise of stronger markets, and also serve as a transit point for a wider range of goods. The terminal’s strategic location and intermodality are major assets in this. Indeed, a number of industrial mineral operations already plan to use the terminal for their exports, moving ore by train from further inland and down from the Great North and onto ships waiting at the terminal.

The modernization couldn’t come at a better time. With the growing iron market expected to generate upwards of 20 to 30 million tons of ore in the coming years, the terminal will be called on to play a greater role in moving supplies up to the mining companies operating in Labrador and Northern Québec.

“With so much heavy vehicle traffic on Route 138, Pointe-aux-Basques is an excellent alternative for the sustainable transport of goods as they transit through our region. For each ton shipped to our region, modal transfer from road transport to maritime transport will have a significant positive impact on our GHG emissions and will help improve driving conditions for everyone in the Côte-Nord. We’d like to thank both the provincial and federal governments for their support, which shows a real awareness of the issues affecting our region,” said Carol Soucy, Board Chair, and Pierre Gagnon, President and CEO of the Port of Sept-Îles, in a joint statement.

Boasting diverse, state-of-the-art facilities, the Port of Sept-Îles is North America’s largest ore-handling port, with an expected volume of more than 35 million tons in 2019. The port facilities at Sept-Îles play a vital and strategic role in the economy of Eastern Canada. Annual economic impacts are estimated at nearly $1 billion and almost 4,000 direct and indirect jobs. 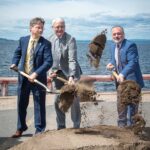 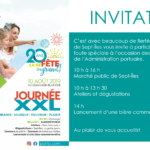