Statement from Wendy Zatylny, President of the Association of Canadian Port Authorities, on the release of Canada’s Federal Budget

ACPA welcomes the recognition in the Federal Budget of the importance of infrastructure in creating good, well-paying jobs and delivering sustained economic growth, but notes that greater clarity is needed in defining the opportunities for ports within this funding envelope.

Ports can continue to be powerful trade enablers for Canada, but to do so we have to be flexible and able to adapt to changing market forces. Greater autonomy, enhanced commercialization and the removal of barriers to financial flexibility would give port authorities the power to pursue trade-related opportunities and reduce current restrictions that may serve as obstacles to growth.

An ACPA – Transport Canada¹ study of port infrastructure requirements found a capital investment requirement of $5.8 billion to meet growing demand. Of this, $1.9 billion (or 33%) is related to the rehabilitation of existing port assets. This public funding of strategic port infrastructure is needed to assist in maximizing Canada’s economic output.

We look forward to engaging with the Government of Canada to clarify phase 2 efforts to deliver fast, efficient trade corridors and enable ports to help Canada capitalize on the potential of global trade. ACPA will also seek to integrate immediate funding needs of $1.9 B for port rehabilitation within the New Building Canada Fund. Ultimately, an investment in port infrastructure will have a multiplier effect on the Canadian economy. The initial injection will go into supporting the local economy and labour force while the secondary bounce will come from the ability of the port to grow its cargo. 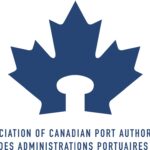