SEPT-ÎLES, November 28, 2018 – The Port of Sept-Îles is very pleased to announce that Tacora Resources Inc. (Tacora) is now a user of the port’s multi‑user wharf, following the sale—announced by New Millennium Iron Corp. (NML) on November 19—of part of NML’s reserved wharf capacity to the company and the completion of Tacora’s Scully Mine restart financing.

Tacora, which acquired the Scully Mine near Wabush, Labrador, in July 2017, is now the fifth user of the port’s multi‑user wharf. The American company plans to start operations in the summer of 2019 and expects to handle an average of 6 million metric tons of iron ore concentrate each year for the lifespan of the mine, which is estimated at 26 years.

“Tacora’s arrival at the Port of Sept‑Îles will significantly increase annual volumes at the multi‑user wharf. What’s more, Tacora will be investing almost $50 million to adapt Société ferroviaire et portuaire de Pointe-Noire’s facilities in the months ahead. We’re thrilled that Scully Mine is being reopened and wish Tacora great success in meeting its budget and timelines for the restart of its mining activities,” said president and CEO of the Port of Sept-Îles Pierre Gagnon.

Boasting diverse, state-of-the-art facilities, the Port of Sept-Îles is one of North America’s largest ore‑handling ports, with an expected volume of more than 25 million tons in 2018. The port facilities at Sept‑Îles play a vital and strategic role in the economy of Eastern Canada. Annual economic impacts are estimated at nearly $1 billion and almost 4,000 direct and indirect jobs. 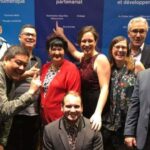 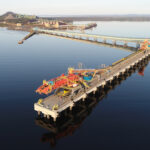