Sept-Îles, November 9, 2022 – The Port of Sept-Îles and Microbrasserie La Compagnie are pleased to announce that they are donating $3,000 from the sale of Pointe aux Basques beer to À la Source.

During the press conference held at La Compagnie on August 18, 2021, the Port of Sept-Îles and the microbrewery undertook to continue their partnership and raise money to support a community organization through the sale of Pointe aux Basques charity beer. They announced that the funds collected will go to À La Source, which provides childbirth and breastfeeding support as well as accommodations for families from outside the region who come to Sept-Îles in anticipation of a birth.

“This partnership with Microbrasserie La Compagnie has exceeded our every expectation! Supporting organizations that help our community remains our top priority. We are pleased to provide financial assistance to make it easier for organizations to reach their goals and meet their clients’ many needs,” said Pierre D. Gagnon, Port of Sept-Îles President and CEO.

“The À la Source team is happy and grateful for the donation that resulted from this wonderful partnership. Every year we help more than 200 area families, from preparing for birth to weaning from breastfeeding. We offer generous support during intense times and provide the information they need to make informed decisions. The support of companies like the Port of Sept-Îles and Microbrasserie La Compagnie helps us keep up the pace so we can keep making a difference,” said Julie Rousseau, Executive Director at À la Source.

About the Port of Sept-Îles

Boasting diverse, state-of-the-art facilities, the Port of Sept-Îles is North America’s largest ore-handling port and the third largest in the country, with an expected volume of close to 40 million tonnes in 2023. It is also recognized as the largest primary aluminum port terminal in the Americas in terms of operational volume. Sept-Îles port facilities play a vital and strategic role in the economy of Eastern Canada. The Port of Sept-Îles established the first environmental observatory in the St. Lawrence marine ecosystem. Sustainable development is a cornerstone of its values and actions.

Microbrasserie La Compagnie is a craft brewery that makes and sells beer inspired by the industrial history of Sept-Îles. The company opened its doors at 15 rue du Père-Divet in December 2018 and sells its beer in a pub adjacent to the brewery. The pub also boasts a menu of simple and original dishes showcasing the flavours of the North Shore. The company has become a must-visit attraction in the region. 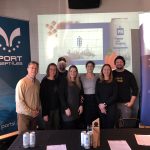 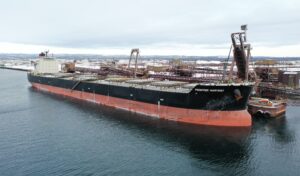