SEPT-ÎLES, December 3, 2015 – The Port of Sept-Îles is delighted to do its part for the Guignolée des médias with a very special donation to the Comptoir alimentaire de Sept-Îles food bank: one hundred Christmas turkeys to be distributed among the community’s neediest people.

“We all understand that when the regional economy slows down, a lot of local residents are directly impacted. That’s why the Port of Sept-Îles decided to get on board to support this worthy cause in a spirit of sharing, generosity, and solidarity with those in need,” said Pierre D. Gagnon and Avit Ouellet, the Port’s CEO and Board Chair.

The Port of Sept-Îles also wishes to extend thanks to Arlain Labrie of IGA and Jacques Francoeur of the Comptoir alimentaire de Sept-Îles for working closely with us to help us make this special donation as part of the 2015 Guignolée des médias.

Boasting diverse, state-of-the-art facilities, the Port of Sept-Îles is one of the largest ore-handling ports in North America with an annual volume of close to 24 million tons. The port’s infrastructure plays a vital and strategic role in the economy of Eastern Canada, with nearly 4,000 direct and indirect jobs and annual economic impact estimated at nearly $1 billion. 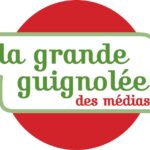 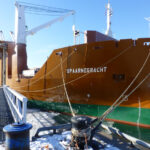